Sept. 15, 2022 — The University of Florida College of Medicine is home to many female scientists and health care providers. To celebrate Women in Medicine Month this September, the college is spotlighting five trailblazing women educators, researchers, leaders and clinicians from its schools and departments.

Read more about each trailblazer below and learn how their pioneering work is helping to inspire the next generation of women in medicine.

Breann Garbas, DHSc, MPAS, DFAAPA, grew up in a tiny town in Indiana putting bandages and practice casts on her stuffed animals. She always knew she wanted to pursue a career in medicine, especially in small, rural areas like her own childhood surroundings. But in her hometown, continuing education past high school was rare — so rare that she and her sister were the first two in their family to attend college.

After they led the way, Garbas said, five of their younger cousins followed in their footsteps.

“One of the best things we can do as women is to be the representation we know we need and want to see,” she said. “There’s a lot to be said for going into the areas where we know that it’s a problem.”

After obtaining her PA degree from the Medical University of South Carolina, Garbas practiced a blend of family medicine and OB-GYN care in rural America and continued to be a beacon for underserved patients and their families to show the importance of women in medicine.

As a clinical assistant professor of six years at the School of Physician Assistant Studies and a dedicated provider and teacher at the Equal Access Clinic Network, a network of free, student-run health care clinics, she said mentorship in academic leadership is just as important as representation.

“You practice in the community, but you also branch out into the community,” she said. “Having a seat at the table is an opportunity to continue creating change for the next generation.”

Malú Gámez Tansey, Ph.D., co-director of UF’s Center for Translational Research in Neurodegenerative Disease, is a powerhouse in the field of neuroscience. Her multidisciplinary work has produced decades of discovery and advancement in understanding the immune system’s role in the development and progression of neurodegenerative diseases, like Alzheimer’s and Parkinson’s.

Most recently, Tansey teamed up with scientists at the University of California, San Francisco and the University of California, Los Angeles to co-lead a National Institutes of Health/National Institute of Neurological Disorders and Stroke-funded study exploring possible links between the immune system and neurodegeneration in frontotemporal dementia.

As a Hispanic American female scientist and mentor, she is also a fierce advocate for women and other underrepresented groups in STEM and has spent countless hours serving as a role model to undergraduate, graduate and postgraduate trainees.

“Forming an international, multidisciplinary community of scientists has never been more important,” said Tansey, the Norman and Susan Fixel Professor of Neuroscience and Neurology. “We accomplish more and have a farther reach when we work together and celebrate our cultural differences. Success in science takes teamwork.”

As head of the College of Medicine’s Office for Diversity and Health Equity, Donna M. Parker, M.D. ’90, serves as a role model and mentor for other Black and African American female students, trainees and young professionals.

Growing up surrounded by a supportive family and teachers in Jericho, Jamaica, a country where she was a member of the majority, allowed her to have confidence in herself and her abilities when she came to the U.S. and entered a predominantly white university and medical field after high school, she said.

While interviewing to attend medical school at UF, she had her first interaction with a female physician, professor emeritus Eloise Harman, M.D. And among her UF medical school classmates, she found other future Black and African American woman physicians.

“I credit my upbringing for helping me successfully navigate a space where people who look like me were absent, except for my peers,” said Parker, an assistant professor of pediatrics and associate dean for diversity and health equity at the College of Medicine. “However, there were many faculty, especially those who had worked to improve health care in other countries, who were great teachers and role models and practiced inclusivity.”

Having support from the late Willie Sanders, the first Black faculty member in the College of Medicine and the director of what was then called the Office of Minority Relations, was the main reason she said she later chose to accept a leadership role in the college to focus on diversity, inclusion and health equity.

“Role models matter,” said Parker, noting that Sanders was the only Black faculty member she met during medical school and residency. “Teaching and mentoring students to become strong leaders and advocates is very rewarding, and I know many of them in turn will also lead and mentor. Some are already filling those roles. Having teachers who look like and who have had similar experiences to students provides a sense of belonging to those students, allowing them to be their best selves and to become the best physicians.”

Elizabeth Shenkman, Ph.D., chair of the department of health outcomes and biomedical informatics, co-director of the UF Clinical and Translational Science Institute and the associate director for community outreach and engagement for the UF Health Cancer Center, has witnessed firsthand the benefits of having more women in positions of academic and medical leadership.

In her own career, she has collaborated with UF colleagues to develop the OneFlorida+ Clinical Research Network, which partners with 12 health systems that provide care for 17 million Floridians, to form a centralized data repository of clinical care and provide a venue for clinical trials. As a result of the network, researchers generate real-world evidence on treatments in diverse health care settings and with underserved populations.

Shenkman said she is proud to see wider inclusivity of women among medical professions.

“Throughout my career, I have consistently observed that diverse groups are more creative, develop more novel solutions and are more transformational in their actions,” she said. “For a period of time, I was one of only two women department chairs in the College of Medicine. As more women were appointed as department chairs, I found that they brought fresh outlooks and perspectives to group discussions that allowed for more innovation.”

Oluwadamilola T. Oladeru, M.D., M.A., M.B.A. loved science growing up but did not know she would end up in the field of oncology. She was born and raised in the southwest of Nigeria and moved to the Bronx, New York, at the age of 10 years old. In middle and high school, she gained exposure to basic and translational research and shadowed physicians through after-school and summer science programs funded by the National Institutes of Health. By the time she entered college at Yale University, she felt a strong motivation to pursue a medical career and to focus on women’s health, and she later stumbled across the field of radiation oncology in medical school.

Even with her strong interest in science, Oladeru said, she has always stuck out as a young Black girl and woman in medicine and struggled to find physician mentors and even peers who looked like her.

“Being an immigrant and a woman in medicine has taught me the power of resilience — you really have to build a resilient mindset,” said Oladeru, an assistant professor of radiation oncology, co-clinical leader of the UF Health Breast Center and director of breast radiation oncology at the College of Medicine in Gainesville. “When I find myself in spaces where I’m very much underrepresented by my race or ethnicity or culture, I am not bothered by it. Instead, I am motivated by the opportunity to be in that space, because now I can be a mentor to someone else who may be looking for someone who looks like me or has a similar background or story.”

Through her resilience, Oladeru has built a stellar career as a practicing radiation oncologist who changes the lives of breast cancer patients daily. She is also leading niche investigations of disparities in cancer outcomes for incarcerated individuals, an overlooked and underserved population in the U.S. for whom cancer is the leading cause of death. In addition, she prioritizes community service as a role model for immigrants, young girls and women of color, mentoring students from across Florida and her former New York City science programs, in addition to caring for own young children.

“I hope they can see their mom as a native of remote village in Nigeria who turned out to be the first doctor from that village many years later in the United States, and then not just a physician, but one of few Black female physicians and even fewer Black physicians in academic radiation oncology,” she said. “Impossible is not part of my language or my dictionary.” 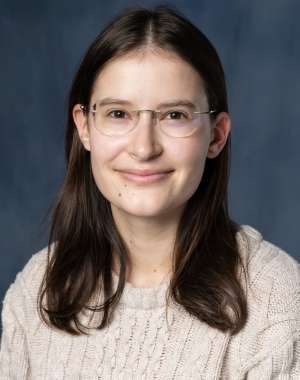