Aug. 18, 2022 — Karyn Esser, Ph.D., was among the first generation of researchers to recognize the importance of circadian rhythms to cell and muscle health. But when she set out on her trailblazing scientific career, she did not intend to study the intricacies of the biological clock.

“It’s actually an area of research I fell into accidentally,” says Esser, recounting her early interest in the biological sciences. “That’s how science works. You begin by thinking, ‘What are these doing here?’ and then the more I read, the more excited I got — it turned out that circadian rhythms are a pretty integral part of our system and cell health.”

Now, Esser is excited to leverage her robust experience as a researcher, educator and leader as the chair of the recently integrated University of Florida College of Medicine Department of Physiology and Aging, a role she begins Nov. 1.

Esser’s scientific journey began as an undergraduate student at Wake Forest University, where she studied math and biology before receiving her master’s degree in physical education from the University of Nevada Las Vegas. While in graduate school, she had a chance encounter with a future celebrity, and she keeps a photo of that meeting hanging in her office to this day.

“This very big man named Arnold Schwarzenegger had recently come to America, and he was visiting our lab,” she says. “As part of his new movie career, he said: I have to practice picking up American women.’ Before I had a chance to respond he picked me up and held me over his head and fortunately a photographer was there to capture that moment. I had no idea he was going to be a future movie star and governor of California.”

While in graduate school, Esser had a chance encounter with future celebrity Arnold Schwarzenegger. She keeps a photo of that meeting hanging in her office.

After completing her master’s degree, Esser worked as a lab technician, but her deep curiosity spurred her to pursue a Ph.D. in kinesiology at the University of Michigan. While in Ann Arbor, she was quickly captivated by research on muscle regeneration but also enjoyed the problem-solving methods of science.

“There’s something about making discoveries and being able to put together puzzles in science,” Esser says. “Once you get started, there is no turning back.”

It was while she was a faculty member running her own lab at the University of Illinois that circadian rhythms first piqued her interest, and she set out to better understand how the genes in muscles respond to metabolic change.

This early interest propelled her to a pioneering scientific career and widespread recognition as a national leader in the study of circadian rhythms in muscle structure and function. Her seminal research has been supported with several National Institutes of Health grants, and she has published more than 120 peer-reviewed articles.

“Leading the center in Kentucky was a great chance to work with faculty and promote a shared vision of why muscle health is important and what it contributes to our health,” she says.

In 2015, Esser joined the UF College of Medicine as a professor in what was formerly the department of physiology and functional genomics. She also served as the associate director for basic muscle biology at the UF Myology Institute and the associate director of the Claude D. Pepper Older Americans Independence Center at the Institute on Aging. Earlier this year, she received the UF College of Medicine’s Basic Science Research Award for exceptional research contributions that further the understanding of the fundamental principles of biology and medicine.

In her new role as chair of the department of physiology and aging, she will spearhead the newly integrated department, determining areas for growth and building upon the faculty’s considerable strength.

“My goal is to help the faculty succeed and hopefully help identify exciting areas for collaboration and program building — where the sum is great than the parts,” Esser says. “I have been with the physiology department for seven years, and they are a wonderful group of people. There will be great opportunities now that we are joining aging. There is a contagious sense of excitement that together, we can absolutely make a difference.”

As the leader of one of the 28 departments within the UF College of Medicine, Esser looks forward to increasing partnerships across divisions and specialties to build upon preexisting strengths and advance the college’s core mission areas.

“The new department of physiology and aging presents incredible opportunities to enhance collaboration and innovate how we think about lifespan research,” says Dr. Colleen Koch, M.D., M.S., M.B.A., Dean of the UF College of Medicine. “We are thrilled to have Dr. Esser assume the department chair position to take this department forward and advance UF as a national leader of lifespan education and research.”

Outside of her academic responsibilities, Esser unwinds by spending time with her family in Kentucky — she is working hard to get her three grandkids interested in science — and exploring the outdoors to soak up the Florida sunshine.

“I am a biologist at heart,” she says. “Being outside, whether at Paynes Prairie or Devil’s Millhopper, makes me feel right at home.” 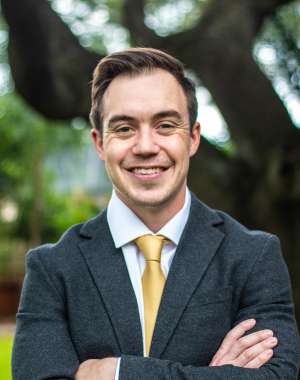 Cody Hawley is the director of communications for the UF College of Medicine, where he oversees a multi-channel, comprehensive communications program to enhance the college’s reputation, increase visibility and engage key audiences. This includes leading the College of Medicine communications team in strategic communications, storytelling, advancement communications, website management and social media strategy. Prior to this role, Cody served as the assistant director of executive communication at USF Health, where he was the senior executive’s chief speechwriter, internal communication, and social media manager, as well as a key collaborator for strategic plan and campaign initiatives. He holds a Ph.D. in communication studies from the University of South Florida and served as a faculty member in the honors college and communication department for several years. He has taught over 30 undergraduate courses, delivered dozens of national conference presentations and published in several academic outlets. He was awarded the Robert E. Bostrom Young Scholar Award from the Southern States Communication Association.