July 30, 2021 — People seeking medical attention all have different life experiences and view the world uniquely, Jay Lynch, M.D., assistant dean for admissions and a professor of medicine, told the College of Medicine’s newest class on the first day of medical school Wednesday.

“You will be seeing patients from every possible background, including a lot of people you will not agree with, and you will need to love and care for them,” he said. “And we will do that together as we get to know one another.”

With 163 incoming future physicians, the class of 2025 is not only the college’s largest medical school class to date, but also its most diverse.

The students hail from 56 undergraduate institutions and 22 countries. Among them are current and former United States military members, clinical researchers and lab assistants, a belly dance choreographer, a licensed massage therapist and others. More than a third of the students are disadvantaged or identify with a group that is underrepresented in medicine.

“I think it’s important to understand everybody comes to this with a different background,” said Shelley Collins, M.D., associate dean for student affairs. “You were hand-picked.”

The students were selected from a pool of more than 5,300 applicants — a 21% increase over last year.

“We’re going to want ideas on what we should do,” Koch said. “If you’ve got ideas from where you’ve come from that were great, we want to know… Five or 10 years from now when you are alumni, you can come back and say, ‘Hey, that was my idea,’ and that’s really neat.”

Attending college seemed like a faraway dream to Mharlove Andre as a child in Miami, due to her family’s financial constraints. But her focus on academics and possibilities improved when she joined outreach programs such as Breakthrough Miami, a program that assists students from underserved areas to pursue higher education. She also had other opportunities to help her succeed academically, such as earning a scholarship to a prestigious college preparatory institution.

Andre, who received a bachelor’s degree in chemistry from Washington University in St. Louis, said her background and her time spent volunteering with community groups that are often neglected, such as the disenfranchised and the homeless, have helped her learn to exhibit the empathy necessary to be a good physician.

“When it comes to something as vulnerable and personal as health care, it’s critical to have people who are knowledgeable scientifically but who can also relate compassionately to a patient,” she said. “It’s important to have empathy with those from different backgrounds and experiences than you, to put yourself in their shoes to see their perspectives and where they’re coming from.”

She said one of the reasons she decided to attend the UF College of Medicine is because of its emphasis on training well-rounded physicians who put their patients first.

Andre previously completed three years of clinical research at Massachusetts General Hospital in Boston, where she got an in-depth look at the daily life of physicians and patients in pediatrics and food allergies at the MassGeneral for Children’s Food Allergy Advocacy, Education and Prevention Program.

While in St. Louis, she was a member of multiple dance teams, participated in a cultural show that highlighted common issues in the Black community and was awarded her school’s Langston Hughes Award, given to one student per year who has made a significant impact in contributed to the local community through the performing arts.

Dancho Penev’s interests in scientific research and health care have taken him around the world. Originally from Bulgaria, Penev immigrated to the U.S. to attend Davidson College in North Carolina, where he became interested in immunology research, especially as it related to HIV.

“I tried different things, but what I liked about this research was the human impact and knowing that I would be able to see how the research affects people,” he said.

He studied abroad and conducted research in Uganda, where he continued his work with HIV and got a firsthand look at health systems there.

“I saw that they didn’t have access to the very basics,” he said. “I learned that health is more than just getting people the right medications. There are larger, systemic challenges we face. As a physician, I want to work toward making an impact in the areas we’ve missed addressing as well.”

He later returned to Africa, this time to Tanzania, where he interned with a health care nonprofit. Following graduation, Penev also ran a nonprofit, the Step for Bulgaria Foundation, where he worked with disadvantaged children in his home country before returning to the U.S. for a joint master’s program at the University of California Berkley-University of California San Francisco. He was most recently a pediatric clinical research coordinator at Stanford University.

He said Lynch’s presentation to the students during orientation, which emphasized the importance of humanity in medicine, stood out to his own philosophies.

“It makes me feel like I have a place here to contribute,” Penev said. “I’m very much looking forward to getting to know my classmates and the faculty. Every medical school speaks about community, but you can really hear it come through here.”

Growing up in Vietnam until she moved to Orlando at age 11, Nicky Trieu said the time she spent in her home country played a significant role in her decision to pursue medicine. Her mother had a medical condition that doctors there had a difficult time diagnosing, due to a lack of resources. Through her upcoming studies at the UF College of Medicine, Trieu hopes to be able to understand and communicate health information to her patients.

“My one rule in life is treat everyone with kindness, and I think that’s the one thing I always evaluate in my decision making,” Trieu said. “That can determine whether your actions will have a positive impact on others, and one of the reasons I want to be a doctor is to try have a bigger positive impact on people in need.”

Trieu, who is also a first lieutenant in the U.S. Army National Guard, said over the next four years, she’s looking forward to connecting with her community of peers.

“Dr. Lynch sold me during his talk at First Look and through my acceptance letter, where he put an emphasis on community and what UF values as a school,” she said. “It really made me see that UF stands out from the rest of the medical schools.”

During her undergraduate studies at UF, Trieu was coxswain of the women’s crew team and a member of the Gator Guard drill team. She also went on a humanitarian mission trip to Uganda and was deployed with the Charlie Medical Company of 53rd Brigade Support Battalion to assist with COVID-19 efforts. 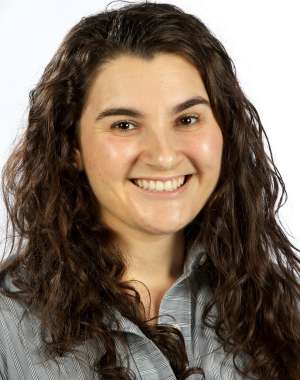